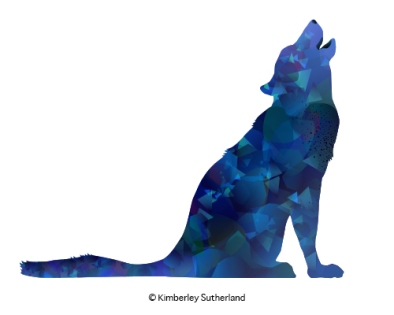 When I think about fairy tales, I always think of the Big Bad Wolf. He is the ultimate predator, the fundamental villain at the heart of some of the genre’s most popular stories, and one of the most fascinating.

But who, really, is this wolf?

In fairy tale times, the Big Bad Wolf was intended to be the embodiment of temptation and evil. In Red Riding Hood and Little Red Cap, he is literally the one who forces us to stray from the path, into the woods, only to be eaten alive.

He is clever and cunning and driven by greed. He’s also incredibly deceitful and capable of disguise.

‘Well,’ said the wolf, ‘and I’ll go and see her too. I’ll go this way and go you that, and we shall see who will be there first.’

And in the Grimm version of Little Red Cap, the wolf is much more Machiavellian in trying to delay her:

‘Little Red Cap, just look at the beautiful flowers that are growing all around you! Why don’t you look around? I believe you haven’t even noticed how lovely the birds are singing. You march along as if you were going straight to school, and yet it’s so delightful out here in the woods!”

When we read (or are read) tales like Red Riding Hood and The Wolf and the Seven Young Kids as children, the moral of the Big Bad Wolf tales seems incredibly clear, even if we don’t realise it in our young age: Do not listen to big bad wolves. If you do, you’ll get yourself into trouble.

The caution of these tales, for me, also echoes the creation myth of Adam and Eve. The wolf is the serpent, and Red Riding Hood is essentially Eve, tricked into eating the forbidden apple and subsequently getting herself and Adam (and all of mankind) kicked out of Eden.

Yet there is another theory that goes beyond on the mere idea of the wolf as tempter and the little girl as the innocent, helpless victim – that of the wolf as a sexual predator.

The Big Bad Wolf as a sexual predator

Perrault essentially admits at the end of his telling of Red Riding Hood that the tale is fundamentally a warning to young girls about sexual predators:

Moral: Children, especially attractive, well bred young ladies, should never talk to strangers, for if they should do so, they may well provide dinner for a wolf. I say “wolf,” but there are various kinds of wolves. There are also those who are charming, quiet, polite, unassuming, complacent, and sweet, who pursue young women at home and in the streets. And unfortunately, it is these gentle wolves who are the most dangerous ones of all.

Other fairy tale theorists — notably Jack Zipes — have also become pioneers of the interpretation of the Big Bad Wolf as a predator rapist of Red Riding Hood, though it is a violation that Red Riding Hood brings about herself by playing into the wolf’s games and ‘asking’ to be seduced. In other words, she is ultimately “devoured” by her own sexuality.

Although Red Riding Hood is “shrewd, brave, tough, and independent” in the original oral tale, Perrault also revised it to resonate with the Christian values of his time — and thus imposed his own sexual convictions onto the tale. Zipes writes:

… his fear of women and his own sexual drives are incorporated into his new literary version, which also reflects general male attitudes about women portrayed as eager to be seduced or raped.

In this regard, Perrault began a series of literary transformations which have caused nothing but trouble for the female object of male desire and have also reflected the crippling aspect of male desire itself.

From this perspective, the Big Bad Wolf becomes not only a tempter or a predator, as we originally thought him to be, but a perpetrator of the male desire or gaze, and a symbol of the fantasies the male projects onto the female (if you this approach is absurd, check out Zipes’s great article on the Second Gaze, referenced below).

There is one more important thing to note about the Big Bad Wolf — despite however you choose to read him or whatever you feel he symbolises, he is always overcome in the end.

In the Grimm version of Red Riding Hood, his death comes at the hands of another male, the woodcutter/hunter (which begs a whole other discussion; as Zipes states, “Only a strong male figure can rescue a girl from herself and her lustful desires”).

In other tales he is defeated by the characters themselves: The mother goat and her kids fill his belly stones so that he drowns in The Wolf and the Seven Young Kids; in The Wolf and the Fox he is undone by his own gluttony; in The Story of the Three Little Pigs, he gets boiled and eaten himself by the brick-building pig.

Hence, the wolf never learns his lesson, never gets it right. He is proud and gluttonous, boastful and willing to inflict harm, and he always has a vice that undoes him. Just as we all have vices that could undo us as well.

For me (or my naive childhood self), this cautionary element of all fairy tales will always stand.

But perhaps it is this characterisation of the Big Bad Wolf as a reflection of something within ourselves, as a fictional embodiment of fear/desire, that draws us to the fairy tale — and makes us truly want to know and meet the wolf, to experience his wrath, to defeat him in some way, even if we all remain afraid of him in the tales we read.

All fairy tales referenced in The Complete Fairy Tales of the Brothers Grimm: Translated and With an Introduction by Jack Zipes, 3rd ed. Bantam Books, USA & Canada, 2003.